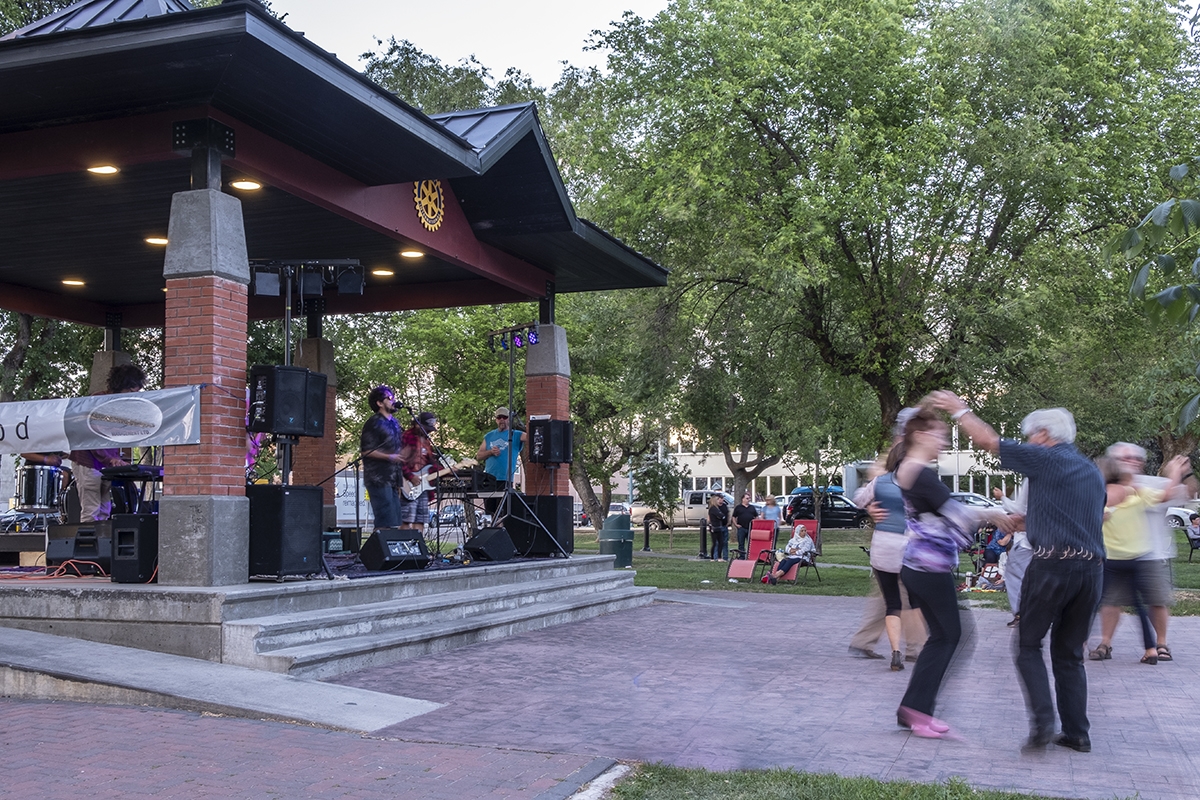 Summer Sounds & Dancing in the Park 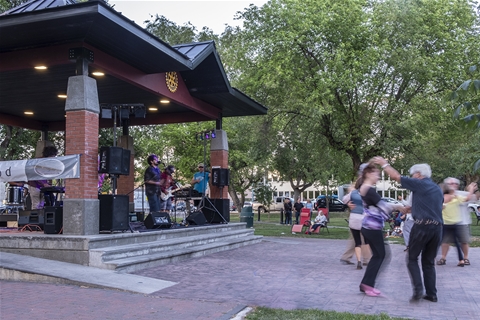 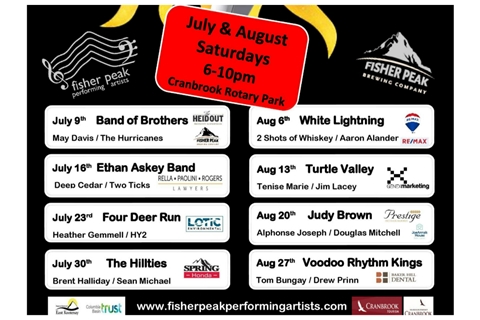 Live music concert series, free for everyone, in Rotary Park - the heart of downtown Cranbrook. This annual program organized and run by the volunteers of the Fisher Peak Performing Artists Society (FPPAS), will showcase three acts at each evening event from 6 to 10 p.m. every Saturday beginning July 9th until August 27.

August 20th will be headlined by Judy Brown featuring acts from Alphonse Joseph and Douglas Mitchell.

It has become a favourite summer activity since its beginnings almost a decade ago. Local people as well as visitors gather with their families and friends to relax outdoors, listen, and dance to some of the best performers in the Kootenays. You can expect exceptional entertainment from jazz to blues and folk to rock, while slurping on a cold craft beer or cooler available on site from the Fisher Peak Brewing Company.

Send Summer Sounds & Dancing in the Park a Message