No Shoulder Season in Biking

You’ve seen them around. Like roving transplants from warmer months who found winter clothing along the way.

They’ve missed the end of summer memo and just kept pedaling despite the hibernating status of most bicycles. Their metal steeds defy the known look of a bicycle and their silhouettes reek of frivolous, fringe expenditures like owning a squirrel suit or your own bungy jumping cord.

"Where are they going on their large tired… bicycles, if you can even call them that. Obviously, this trend will end. Fools." …said everyone 10 or 12 years ago. 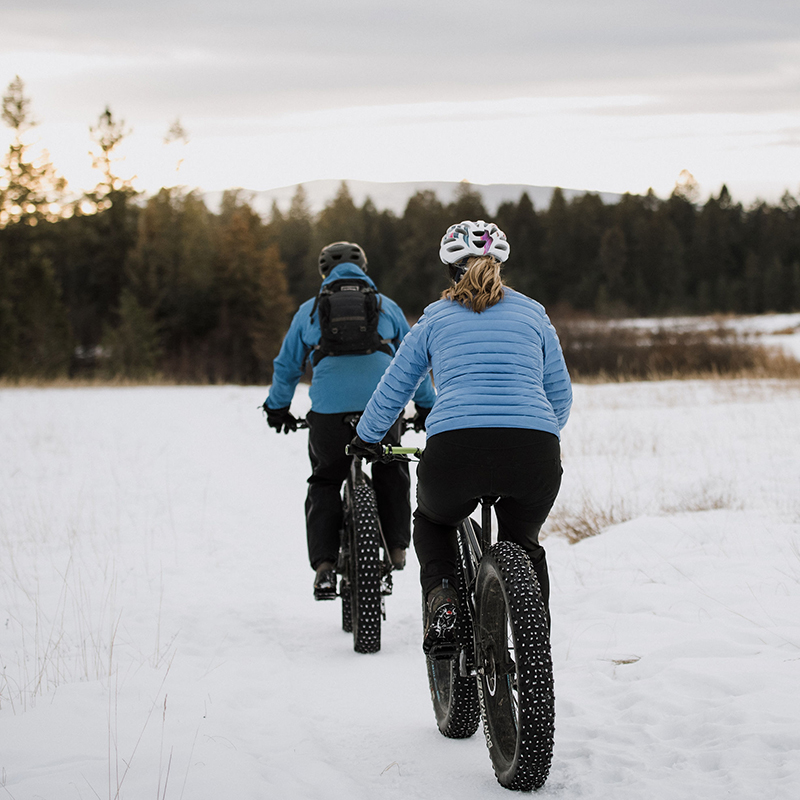 Winter riding, in all its glorious forms, has been around for as long as bicycles and winter have co-existed on this planet. This existence is partially due to the necessity of transportation and partially due to some bearded fool realizing he could put screws into his tires to get just a few more rides in before the season ended. It turns out that the season just never ended. The tires kept turning with the screws clacking away on the asphalt, ready to rip and tear into any piece of clothing, body or soul that ventured too close to their spin of Roman chariot inspired terror. 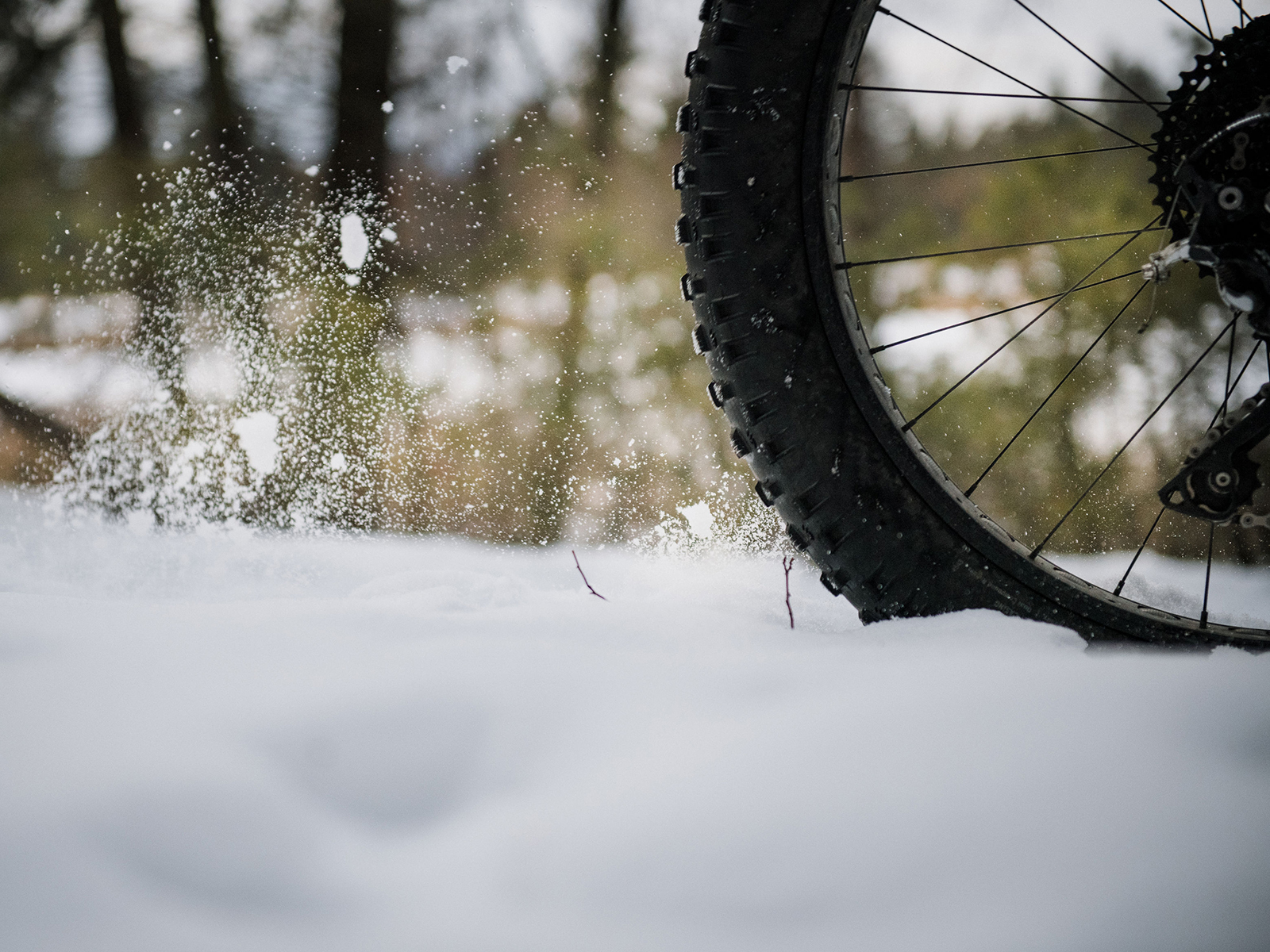 The snow came and the snow went and cycling became a year-round activity. Over time, the homemade screwy tires became factory produced carbide studded, tubeless, winter-specific, proper durometer, high-performance tires that achieved the exact same thing while making your wallet significantly lighter. Winter riders everywhere decided that the performance was over the top amazing. Companies sold tens of them each year. The winter riding scene increased by huge leaps and bounds and now included three more people besides the toughest bunch of commuters ever known.

Some years later, the most glorious thing happened. We made the tires wider.

So wide in fact, that it necessitated a whole new bike, a slew of new products and a hitherto unheard-of capability to travel across the snow.  Clearly a win-win situation for bicycle addicts everywhere.  Not only could you get a winter-specific bicycle with fat tires, but you could get a carbon winter-specific bicycle with fat tires are cost as much as a used car or 10,000 years of bus passes. 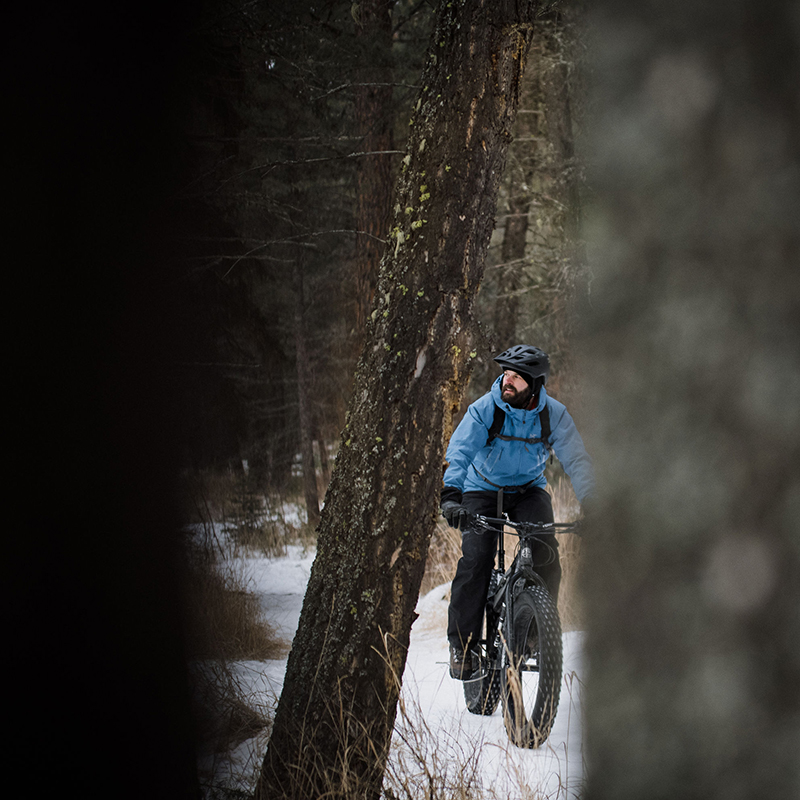 Fat biking, much like Dungeons and Dragons, enjoys a popularity that verges on fervor… though generally contained to small pockets of nerds crowded together discussing both the newest developments and the moments of historical significance in their field of interest.

"I don’t always talk about fat bikes, but when I do, well… just don’t get me started."

The popularity of the sport, (although rampant in certain groups,) would seem to demand its extinction. Yet somehow… 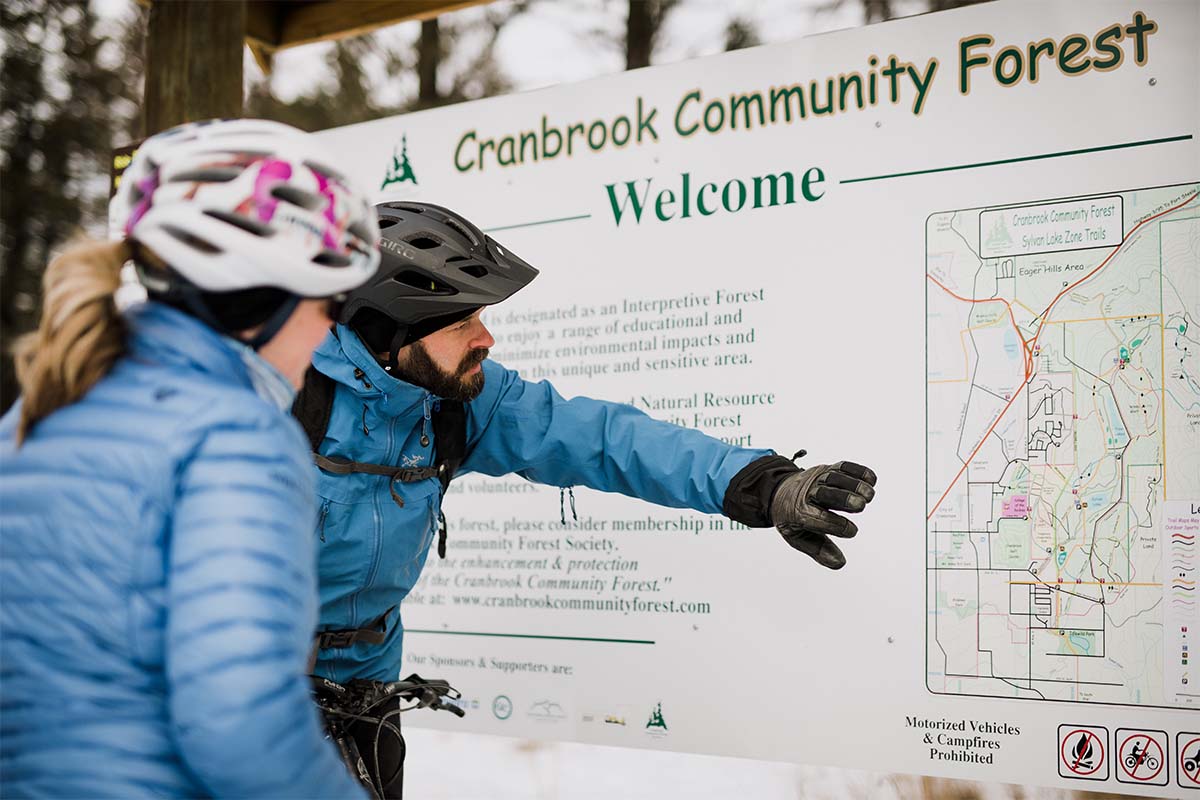 And it’s ALL single track.  Riding areas include the Cranbrook Community forest and terrain at the South Star Cross Country Ski area.

Cranbrook’s trail network couldn’t be better suited for winter riding. The rolling terrain and wide-spaced trees allow for easy grooming access and a wide variety of riding skill levels.  Our average annual snowfall is certainly enough to call it winter, but not so much that it hinders grooming or any winter activities. Although it’s pleasing to have fresh snow to keep the trails ice-free, deep powder days are far better suited for skiing than fat biking. Our terrain not only attracts the cyclists, but also a steady stream of hikers, skiers, and snowshoers.

Not Sure Where to Start?
The folks at Northstar Bicycle Co. have the 'know-how' as well as bikes for rent or purchase if you're ready to take the plunge!

*Check out Trailforks to explore your riding options in and around Cranbrook.

Find a Place to Stay