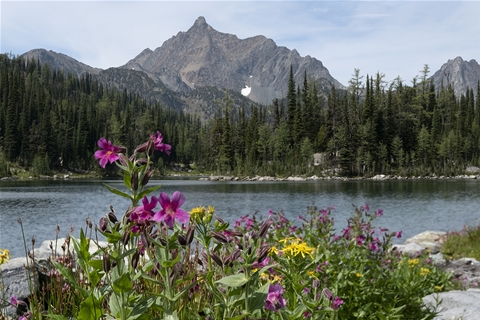 Tanglefoot Lake in the BC Rockies by Cranbrook with monkey flowers.

The view in autumn from just above the tarns. 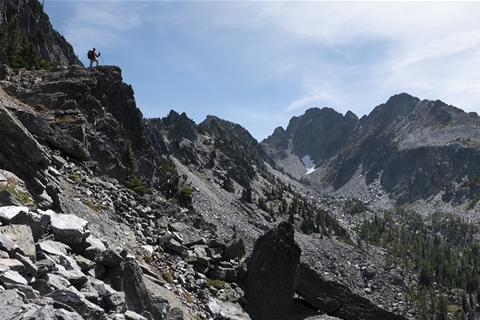 Climbing the trail to Tanglefoot Lake from the Mause Creek Tarns. 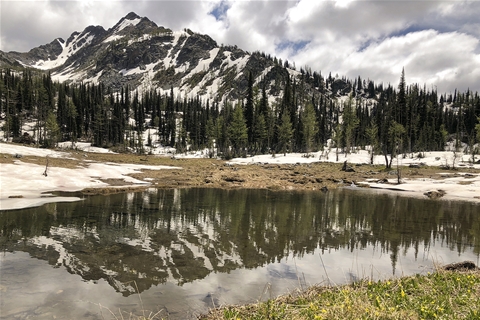 Late melting snow in June at the Mause Creek Tarns. Avalanche Lilies bloom in the foreground.

A wide, easy trail to some tarn-speckled sub-alpine meadows, these ponds are surrounded by wildflowers, larch and fir trees. It's a three-hour roundtrip to the tarns, which can be a nice turnaround point for those with small kids or with less time to explore.

Above the tarns, a steep scree slope welcomes you to a rewarding climb into Tanglefoot Lake.

Know Before You Go
You may pass some cars at the Fisher Peak trailhead, continue straight for ten minutes or so, the road will end in a wide parking area. The trail is signed as Mause Creek, but everyone knows it as Tanglefoot - either way, you're in the right place.

Back to Hiking Page