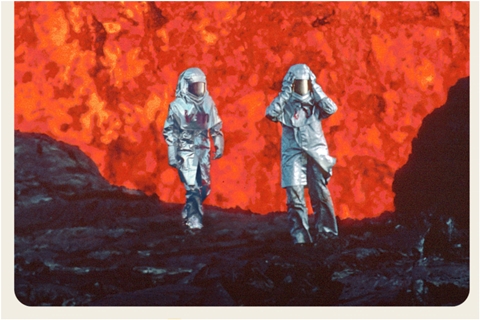 The most moving film of the year is a documentary about volcanoes.

From National Geographic Documentary Films comes the extraordinary love story of intrepid French scientists Katia and Maurice Krafft, who died just as explosively as they lived — capturing the most spectacular imagery ever recorded of their greatest passion: volcanoes.

Katia and Maurice Krafft loved two things – each other and volcanoes. For two decades the daring French couple roamed the planet, chasing eruptions, and documenting their discoveries .Ultimately the lost their lives in a 1991 volcanic explosion, leaving a legacy that forever enriched our knowledge of the natural world. .Drawing from the Kraffts’’ spectacular archive FIRE OF LOVE tells a story of primordial creation and destruction, following bold explorers as they venture into the unknown, all for the sake of love.

Tickets are $15 and can be purchased through the Key City Theatre box office.