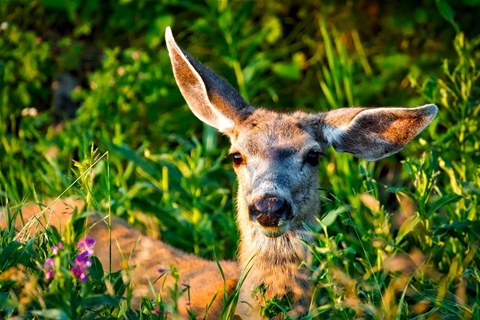 Where're the deer? Click here to find a map showing where deer can be viewed in the Kootenay's.

There are three deer native to BC: mule deer, white-tailed deer and the coastal black tailed deer.

Deer are normally timid but if they become habituated to humans they can become a danger.