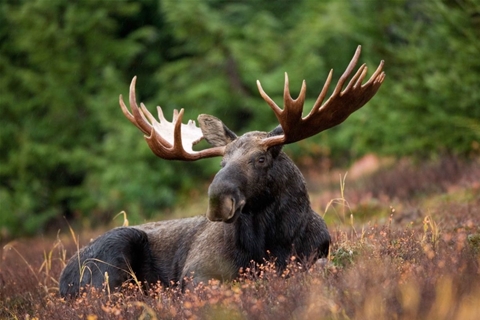 Where're the moose? Click here to find a map showing where moose can be viewed in the Kootenay's.

Moose (Alces americanus) are the largest members of the deer family Cervidae as well as the tallest land mammals in North America.

Moose are not normally aggressive but can be very dangerous if approached or startled, especially females with calves. Vehicle collisions are also a major safety concern associated with moose