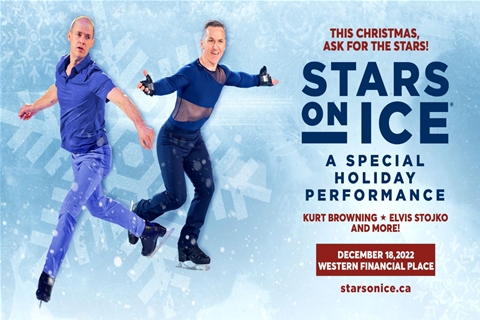 This Christmas, if you asked for the stars, your wish will be granted. Stars On Ice brings a special edition of its award-winning figure skating show to Cranbrook. Four-time World Champion and four-time Canadian Champion Kurt Browning will be joined by two-time Olympic Silver Medalist, three-time World Champion, and seven-time Canadian Champion Elvis Stojko to headline the 2022 Stars On Ice “Holiday” tour.

Send Stars on Ice: A Special Holiday Performance a Message