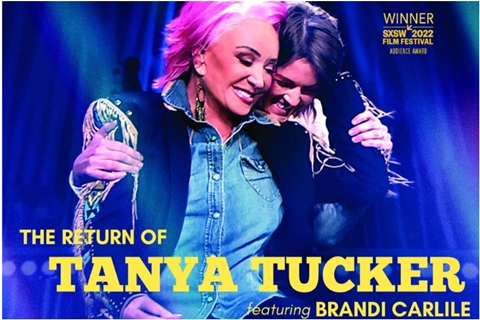 The Return of Tanya Tucker

Country music legend Tanya Tucker’s momentous comeback is documented in this documentary about the making of her award-winning 2019 album, While I’m Livin’.

With her distinct voice, Tucker catapulted into the musical stratosphere in 1972 at the age of 13 and remained there for the duration of the decade, smashing stereotypes about country music along the way. By the start of the 1980s, her recording career and chart success was eclipsed by public struggles with substance abuse and rocky relationships documented in the tabloid press, and she eventually chose to live a more private life.

So, in January 2019, she and producer Shooter Jennings managed to coax Tucker into the studio with the goal of creating her first album of original music in 17 years.

This unique documentary provides us with access and insight into the intergenerational creative rapport between two women and their complex, intriguing, and deeply rewarding musical partnership.

Tickets are $15 through the Key City Theatre box office.