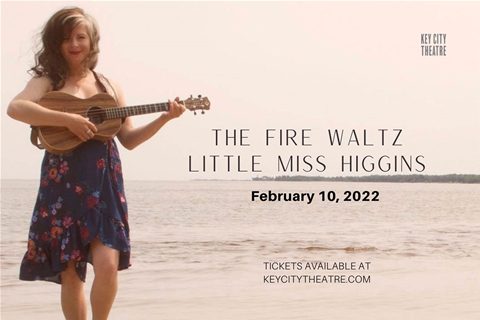 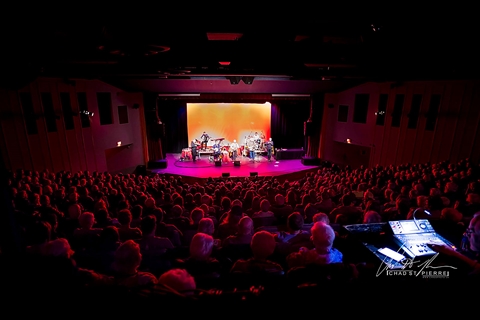 The Fire Waltz is an innovative music experience taken from the five-part podcast miniseries of the same name. Inspired by photos, postcards and journals, this song cycle takes listeners on the journey of a mother from an island in the English channel through a sea filled with warships and across a country to the Great Northern Plains of Canada, all with two little girls in tow. Feel the passion of Eva Bersay and the courage it took to improvise her own future, meet the people that loved her, and witness the security she found in the unsuspecting Whiskey Gap of Southern Alberta.

Jolene Higgins
From the Great Northern Plains, Little Miss Higgins struts and serenades her way onto any stage playing music brewed in early country blues, jazz and folk. Playing, touring, collaborating and recording for over 15 years, this musician and mother now navigates her time through performing and parenthood. Her six independently released albums and artwork have received many awards and nominations, including a Canadian Folk Music Award nomination for her latest collection of songs, MY HOME, MY HEART (2017). Recorded at The Song Shop in Winnipeg, Manitoba, this album’s sound remains true to Higgins’ roots, but ventures into new territory. Co-produced with Scott Nolan and engineered by Jamie Sitar of Outta Town Sound, this album is an effortless addition to her impressive body of work. Little Miss Higgins (aka Jolene Higgins) was born in Brooks, Alberta, and raised in Independence, Kansas. Music entered her life early. “When I was about four my dad brought home an old mini-grand piano and told me it was mine. I carved my name in the side of it and then I had to start taking piano lessons.”

Higgins now uses guitar and voice as her main instruments as well as her theatre background to bring a refreshing sound and story to the stage. Higgins settled in Saskatchewan from 2002-2013 and that’s when music took the driver’s seat. Over that time she built her career touring across Canada performing in clubs, theatres and festivals. As a songwriter and musician, Higgins has been influenced by a range of artists from Memphis Minnie and Billie Holiday to Joni Mitchell and Dolly Parton as well as the vast array of Canadian and International musicians and bands she has had the fortune to see live or even share the stage including kd lang, Corb Lund, Buddy Guy and Maria Muldaur.

Featuring songs such as: THE BLANKET, WOUNDED SOULS ON STOLEN LAND and NO ONE WAY TO LIVE, The Fire Waltz is exciting fresh work created by a talented collaboration of artists in a new time of entertainment.