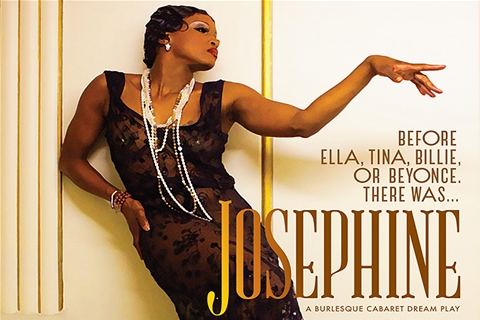 Critically-acclaimed off-Broadway show based on the life of Josephine Baker to be presented across North America. Dynamite Lunchbox Entertainment of Orlando will be presenting Josephine, a burlesque cabaret dream play across Canada and The United States on a tour of 7 cities in over 3 months. Josephine is a one-woman biographical musical that combines cabaret, theatre and dance to tell the story of the iconic Josephine Baker, the first African-American international superstar and one of the most remarkable figures of the 20th Century. After debuting at the 2016 San Diego Fringe Festival and winning the distinctions of "Outstanding Solo Performance" and "Best Show", Josephine played three sold out runs to rave reviews in hometown Orlando Florida before starting a 2017 North American tour. The first stop was the second largest Fringe Festival in North America, the Winnipeg Fringe Theatre Festival, where it was touted as the "breakout hit" of the Festival, selling out the entire run and

Art After School with Shyre and Kaleigh