John Reischman and The Jaybirds 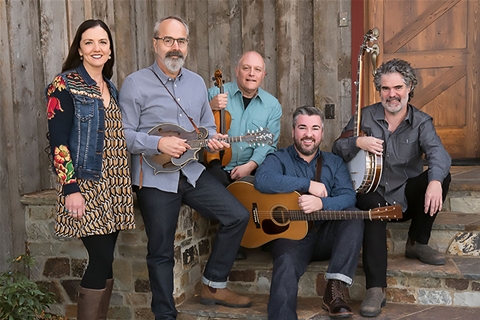 John Reischman and The Jaybirds

Like the powerful mandolinist and composer at its helm, John Reischman and the Jaybirds fashion a stylish take on bluegrass that seamlessly blends original songs and instrumentals with Appalachian old-time music for a truly unique band sound. Now in their 20th year, with seven acclaimed albums and two Juno nominations, the Jaybirds are simultaneously innovative and unadorned, sophisticated and stripped-down, happily old-fashioned and 21st-century contemporary. Bluegrass Unlimited calls John Reischman “one of the world’s undisputed masters” of the mandolin, famed for outstanding tone and taste. Many of his dozens of original instrumentals have become popular favourites for sessions and covers, such as the jam standard Saltspring. He has three critically-acclaimed solo instrumental albums and has recorded on many other projects, including the Grammy-winning True Life Blues: The Songs of Bill Monroe. John also plays Latin-based jazz and choro music with highly regarded finger-style acoustic guitarist/composer John Miller; the duo has released three superb albums. John began his career in the San Francisco Bay area in the early ’80s with the eclectic Good Ol’ Persons bluegrass band. He was an original member of the legendary “new acoustic” quartet, the jazz-influenced Tony Rice Unit, renowned for highly skilled instrumentals. John moved to Vancouver in the early ’90s and in 1999 formed the Jaybirds. Of their latest album, Folk Radio UK said “On That Other Green Shore showcases an accomplished, experienced band at the peak of their powers, with musicianship of the very highest order.” Peghead Nation called it “one of the most beguiling bluegrass-rooted recordings of 2017.”

Send John Reischman and The Jaybirds a Message