I am Woman, Hear me LAFF! 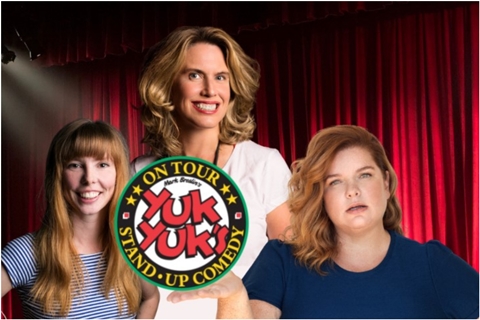 I am Woman, Hear Me LAFF!

You are in for a night of non-stop hilarity featuring some of Canada's funniest comedians!

Headliner Jane Stanton along with Sharon Mahoney and Amber Harper-Young will be setting the entire Key City Theatre building on belly busting laughs the entire night!

Get to know them:

Sharon Mahoney is an award-winning comedian, actress, and street performer who has travelled the globe for over twenty years performing at world-class festivals and comedy clubs.

Amber was a finalist in BC's Funniest Female 2014. Her performing highlights include: The Comics Lounge-Melbourne Australia, The Del Close Marathon NYC (Improv), Yuk Yuk’s comedy clubs - Toronto/Ottawa/Vancouver and various other comedy clubs and touring shows across Canada. Amber's absurd colourful style of self-deprecating comedy is based on her upbringing and adult life.

Send I am Woman, Hear me LAFF! a Message