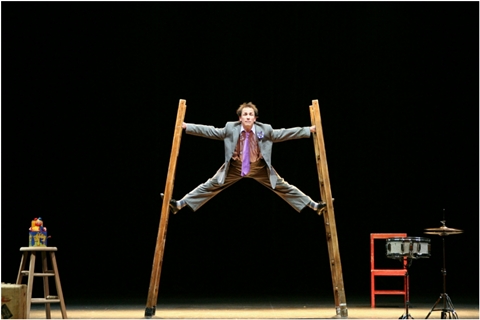 In Circus Incognitus, virtuoso clown Jamie Adkins is the vulnerable everyman. An expert at comedy born of desperation, Jamie's performance is humble and unguarded. Adkins deftly escorts the audience along his poetic journey with sidesplitting wit.

Jamie Adkins is a clown. A real classy one. He is someone who can make you laugh with next to nothing

Someone should throw him flowers.-New York Times

Send Circus Incognitus at the Key City Theatre a Message