The majestic Bull River valley lies about 45 kilometers east of Cranbrook. In the summer of 1921, the valley bustled with more than the usual number of timbermen, big game hunters and mineral prospectors. Much to the excitement of everyone in and around Bull River, some of the biggest names in Hollywood came knocking.

The early 1920's was still the era of the silent movie, and producers and directors were looking for thrilling, breathtaking and, best of all, explosive action that could be the backdrop of their movies. A Hollywood movie location scout heard of the annual log drive down the turbulent Bull River and thought it would provide a dramatic element to their movie making. 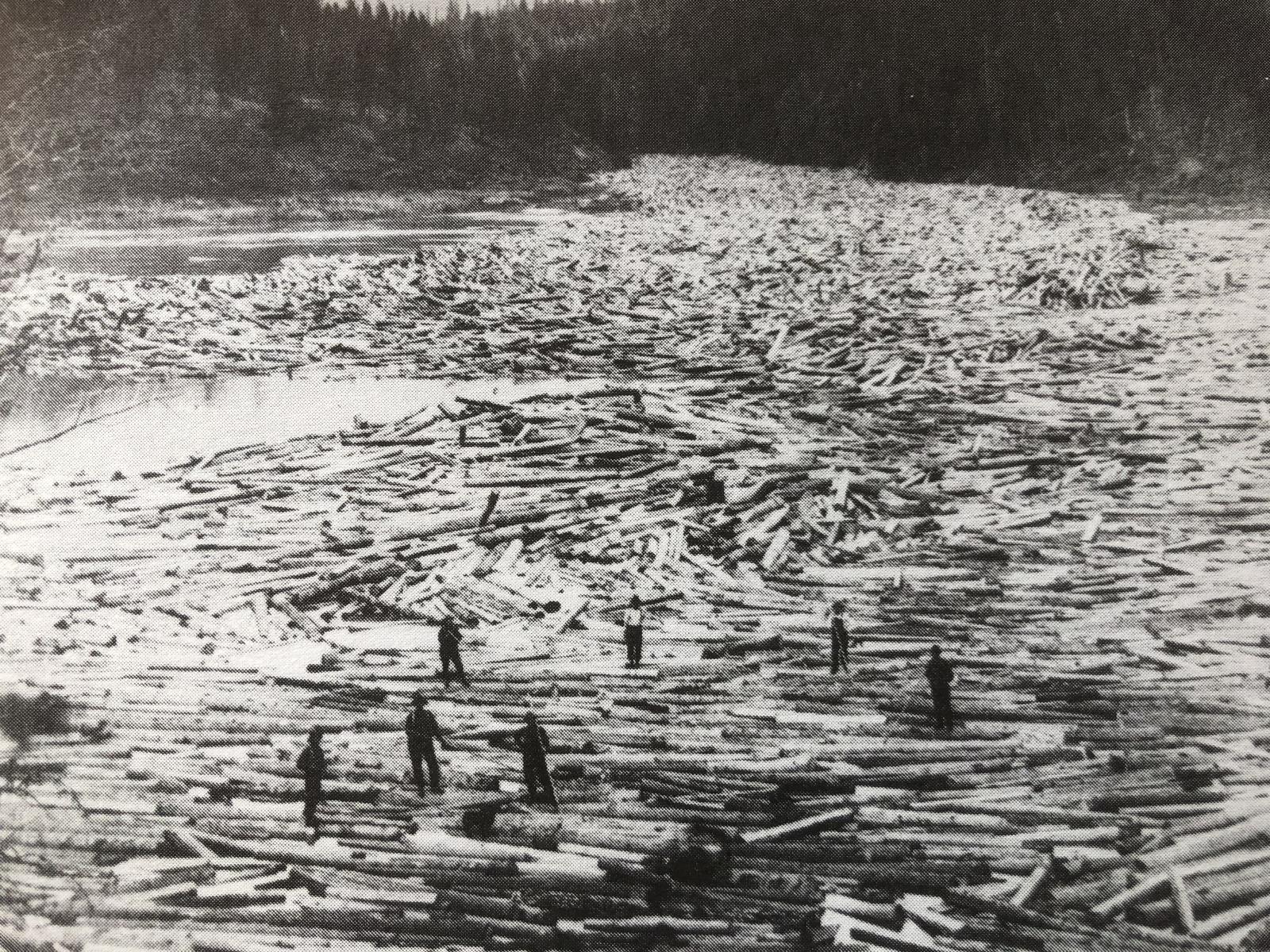 According to the July 8, 1921 edition of the Cranbrook Courier, “Miss Priscilla Dean and the company of twenty Universal Studio stars arrived in Cranbrook on Wednesday evening from California. Thursday morning the movie crew left for the Bull River to work on the exterior of the set.”

The first of two movies made on the Bull River was called Conflict, starring Priscilla Dean and Herbert Rawlinson, two of the biggest names in the movie business in the 1920's. Conflict was described as a $200,000 feature film, and Universal Film Company spent nearly thirty thousand dollars in the East Kootenays. 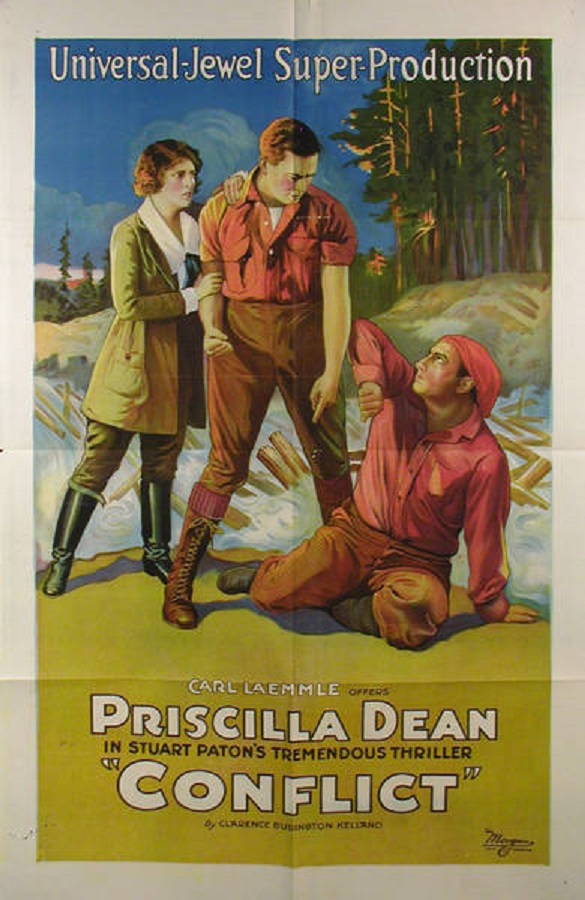 The Cranbrook Herald reported on July 28, 1921 on its front page, “A good size crew of men have been busy for some time building a dam across the river. Last week while the camera man cranked hard, the dam and log jam caught behind it, went up with five or six hundred pounds of dynamite under it...Priscilla Dean, the movie star, rode headlong ahead of it.”

According to Verdun Cassleman's book 'Ties to Water', Tom Dooling, who was one of the logger extras on the set tells this story, “The movie maker wanted a shot of a logger riding a log over the falls on the river. They offered $50 to anyone who would do it. That was good money at the time, though the opportunity to show off one's reckless skill was probably the biggest enticement. One of the local log drivers immediately volunteered. With the camera rolling, he jumped on a log and went shooting out over the falls. He and log parted company on hitting the water below, but after clambering ashore, he shouted, “Hell, that wasn't so tough, if they want me to, I'll do it over again for just a bottle of good rye whiskey.” 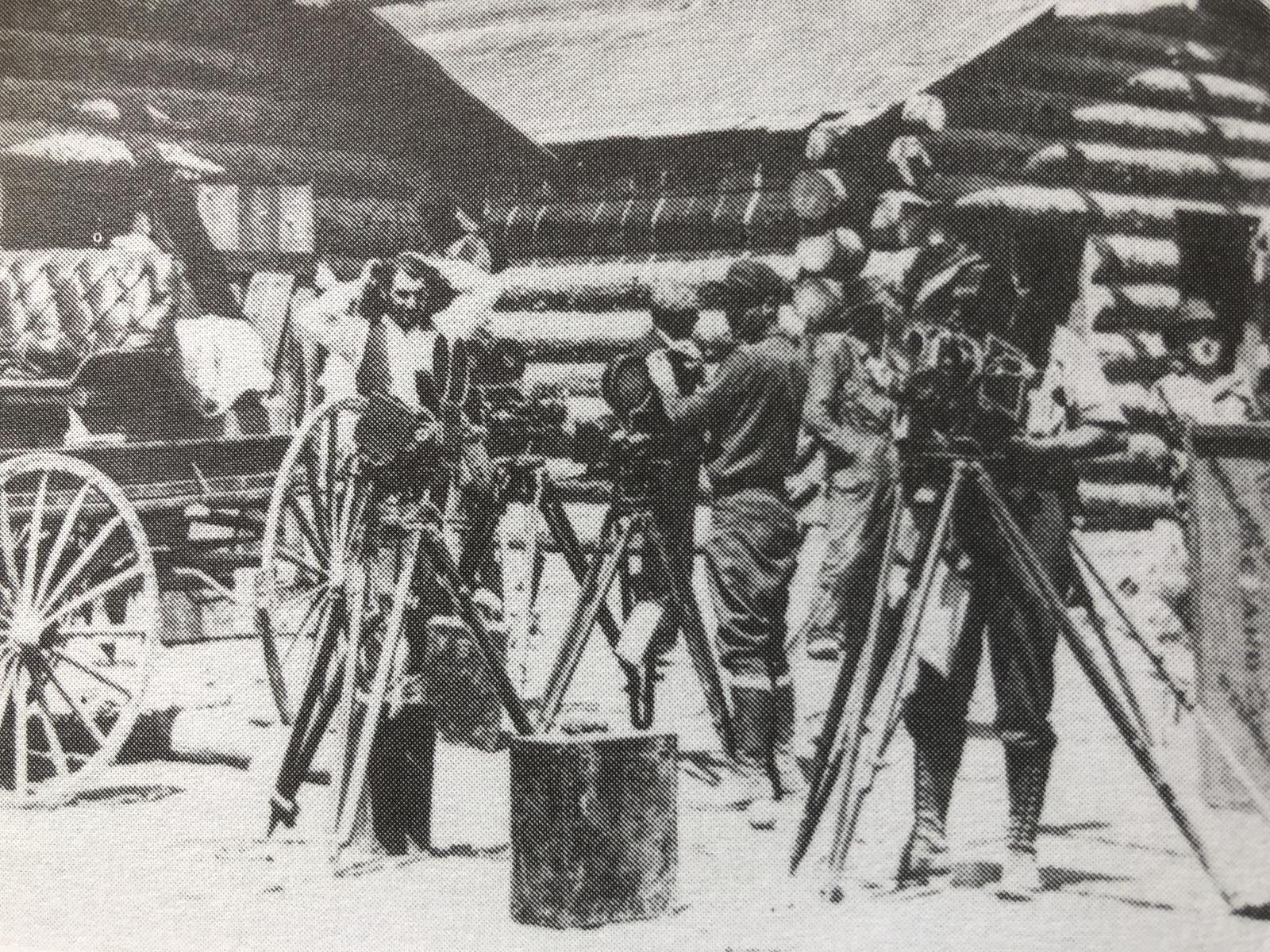 cameramen and actors getting ready to shoot a scene

The second movie shot in the Bull River Valley was called Hearts Aflame. It was produced by B. Mayer and Company and starred the famous Scandinavian actress Anna Q. Nillson, along with Frank Keenan. It was more of a documentary style picture, with lots of action thrown in for good measure. It was based on a novel by Harold Titus, which dealt with the large problem of reforestation after a major forest fire.

Local vistas included a forest fire at Yahk, an Otis Staples logging engine in action at Wycliffe, the old hotel at Perry Creek, Fort Steele (known as Pancake Town in the movie) and Munroe Lake. Again, a dam was built across the Bull River and, for dramatic effect, it was blown up by 100's of pounds of dynamite.

Everyone seemed to come out of the movie-making experience happy, especially the loggers who were paid double their wages by the movie moguls and had the opportunity to literally rub shoulders with two of Hollywood biggest stars, Priscilla Dean and Anna Q. Nillson.

the cast and crew of "Conflict"