Are you up to investigate some local abandoned sites? We will be visiting some of the more interesting abandoned buildings and structures of yesterday that can be found in and around the Cranbrook area.  If anything catches your eye go out and check it out for yourself; who knows what sights you will see!

This abandoned concrete hulk is all that remains today of the once proud and lumbering legacy of the Crows Nest Pass Lumber company at Wardner. The Wardner sawmill was owned and operated by the Crows Nest Pass Lumber Company. Founded from the amalgamation of several smaller mills, the CNP Lumber company was established in 1902. By January of 1910 the No. 1 mill at Wardner was producing 150,000 board-feet daily.  It was one of the top lumber producers in the region. After a devastating forest fire ate up much of the mill’s timber supply, the Wardner mill closed in September 1931. 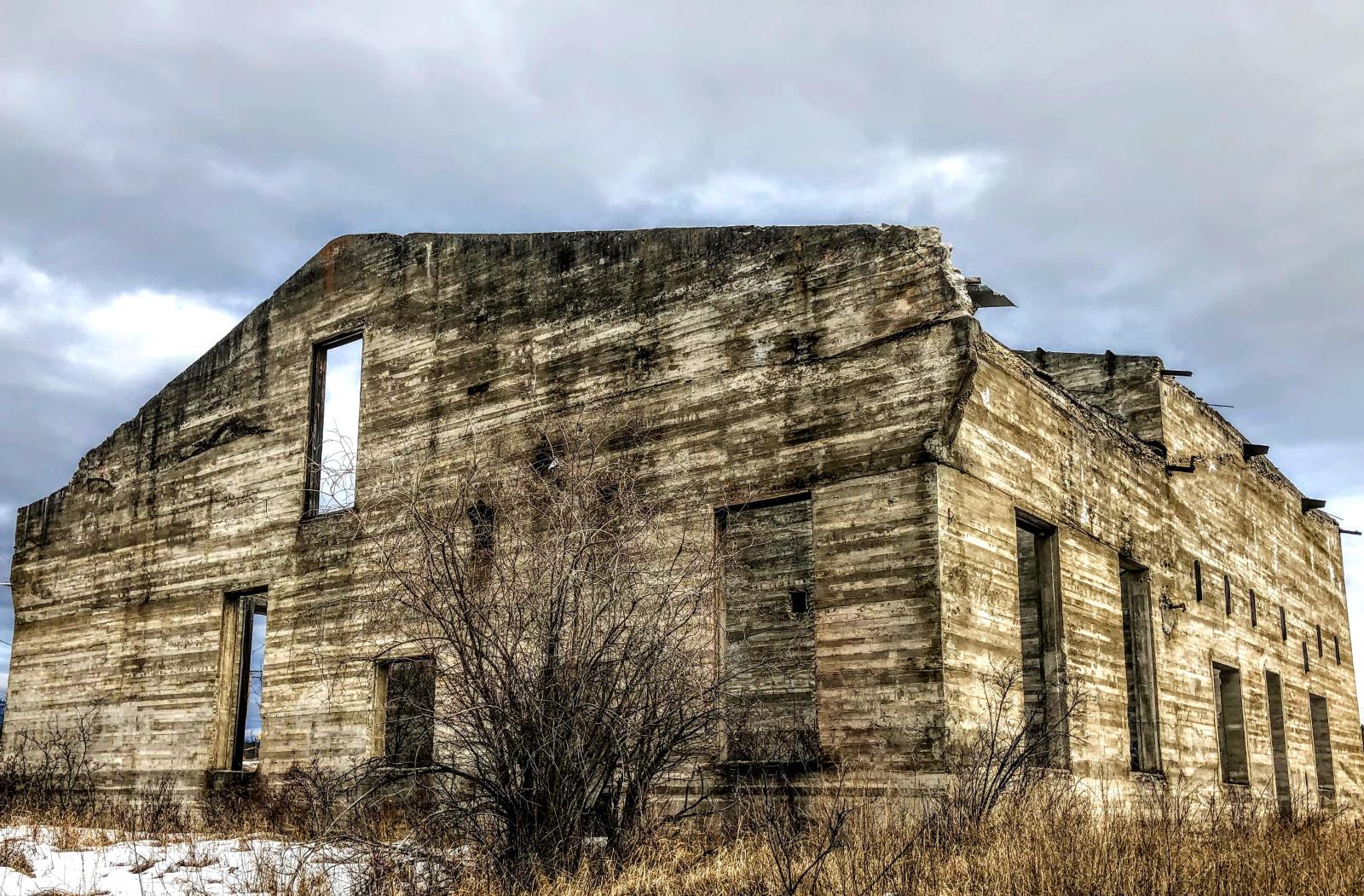 This is one of two massive concrete structures that remain of the Lumberton sawmill, seven kilometres south of Cranbrook. Even in their aging and abandoned state these imposing concrete structures, which once housed the BC Spruce Mill at Lumberton, are impressive. The large, solid concrete buildings still dominate the landscape of what was once the booming lumber town of Lumberton during the first several decades of the 1900's.

The BC Spruce Mill at Lumberton was one of the region's biggest and most productive sawmills of its time. Logs were harvested high above the townsite and floated down to the sawmill via a 19-mile wooden flume. They were then stored in a large mill pond. When freeze-up came in the late fall and early winter, tractors or horse-drawn sleighs were used to haul the big timber down the icy trails to the mill. With the timber supply dwindling, the Great Depression negatively impacted the lumber market. The looming Second World War also had a negative effect on the economy. Soon Lumberton began to fade, and many of the town’s 250 residents moved to Cranbrook, Kimberley and the surrounding towns.  Lumberton, once a booming community, soon became a ghost town.

*Please be aware that these buildings are on private property but, can still be viewed from the road 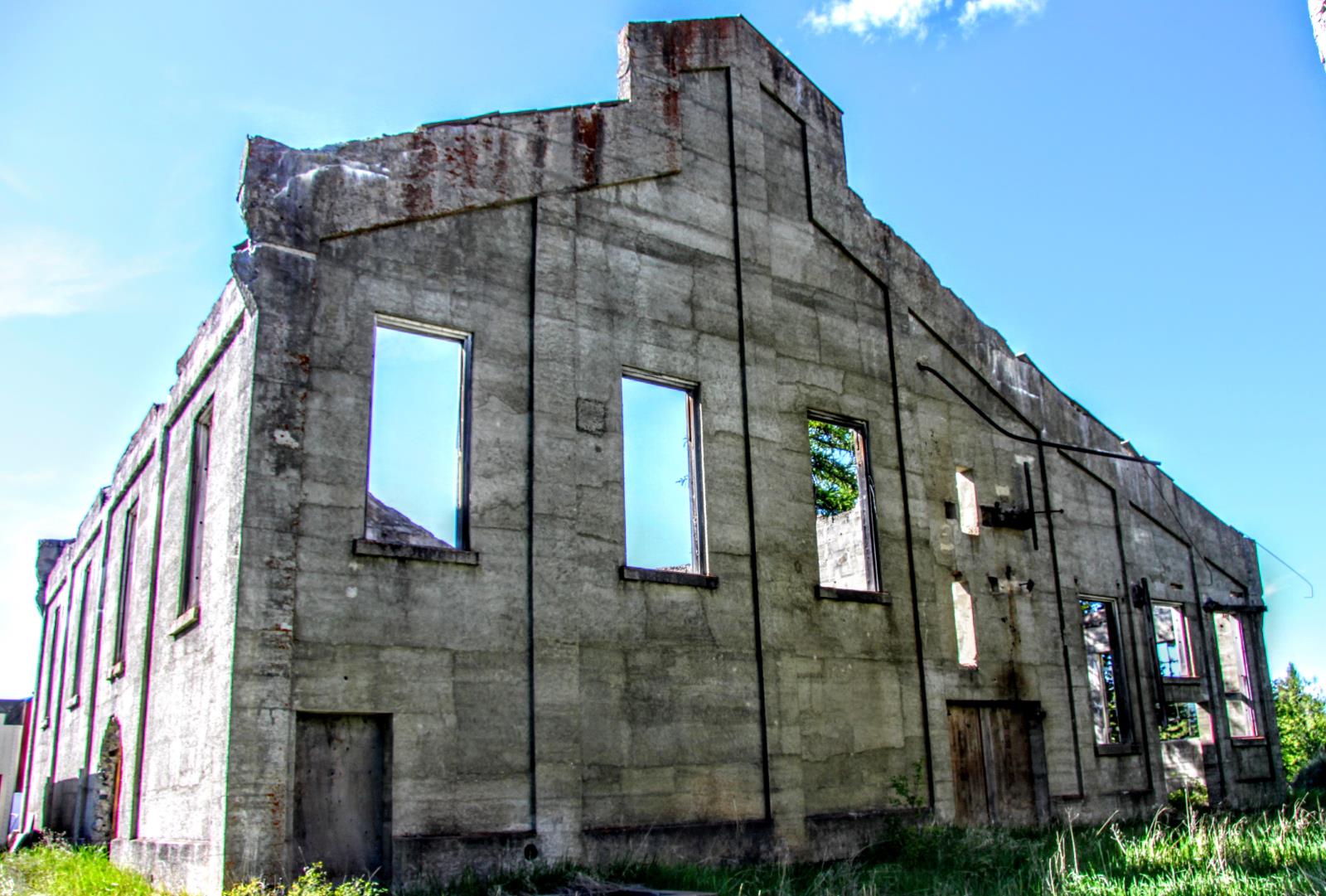 South of Cranbrook is the tiny town of Moyie. In the early 1900's Moyie was the home of a big zinc and lead producing mine called the St. Eugene Mine. This brick and rock building was part of Moyie's early mining history and is said to be the original “Powder House.” It was used to store the dynamite needed for the mine work. Unfortunately, this distinctive rock arch has since fallen, though the rest of the building is still standing next to the Moyie historic graveyard. 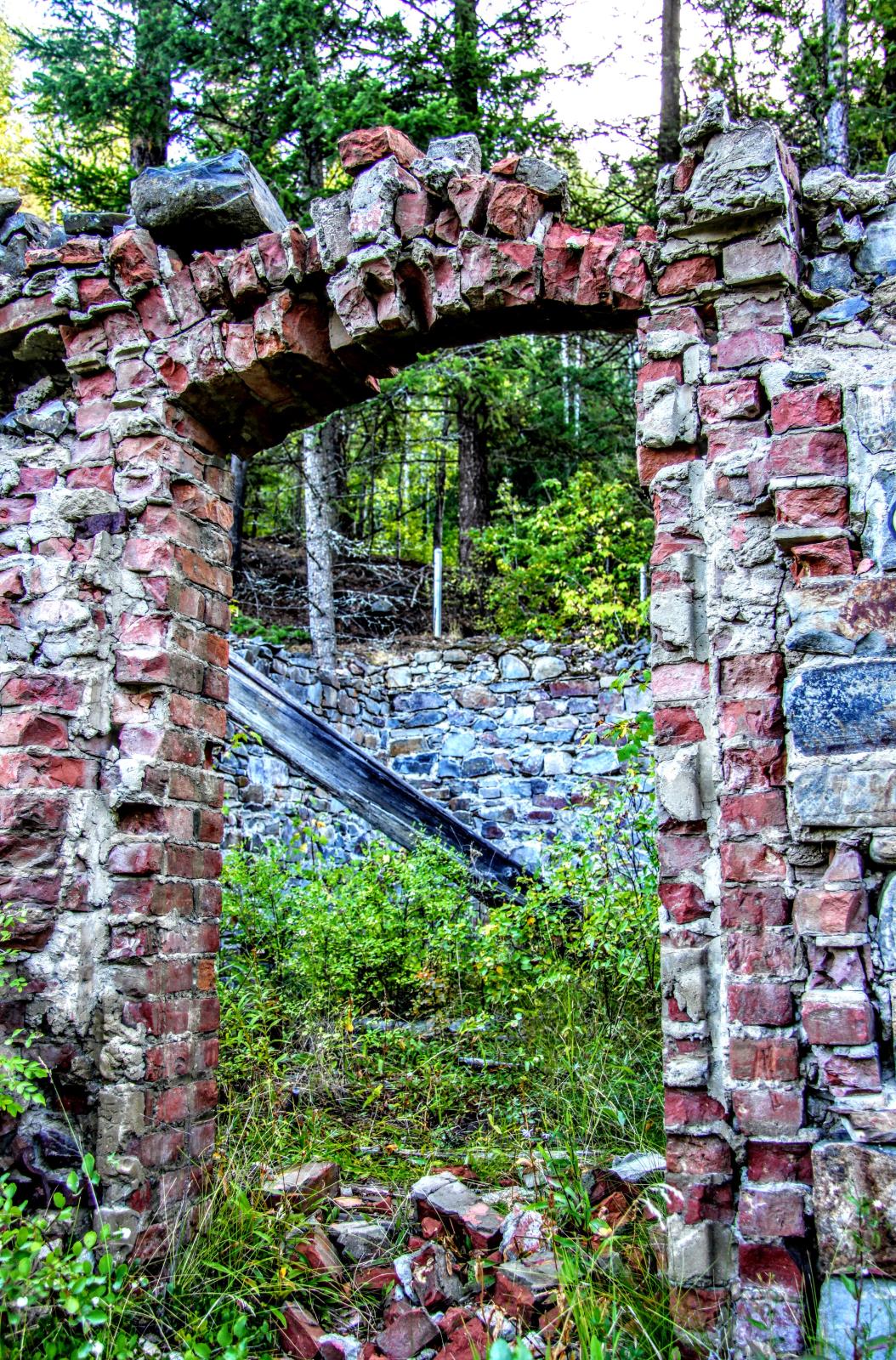 This is the original “Powder House,” where the dynamite for the mine was stored

About a dozen kilometres up the Wild Horse Road are the remains of the Kootenay King Mine.  It operated in the early 1950's, but only for a short time.  The mine site was located just south of the old ghost town of Fisherville. The mine was perched on a steep embankment. The famous Dewdney trail passes right through the old mine site. The concrete foundations of the mine's concentrator remain visible.  Ore was pulverized and shipped by truck to the railway siding at Fort Steele to be shipped to a smelter, probably Cominco's Trail operation.  The mine produced a mixture of lead, zinc, silver, cadmium, some gold and copper. 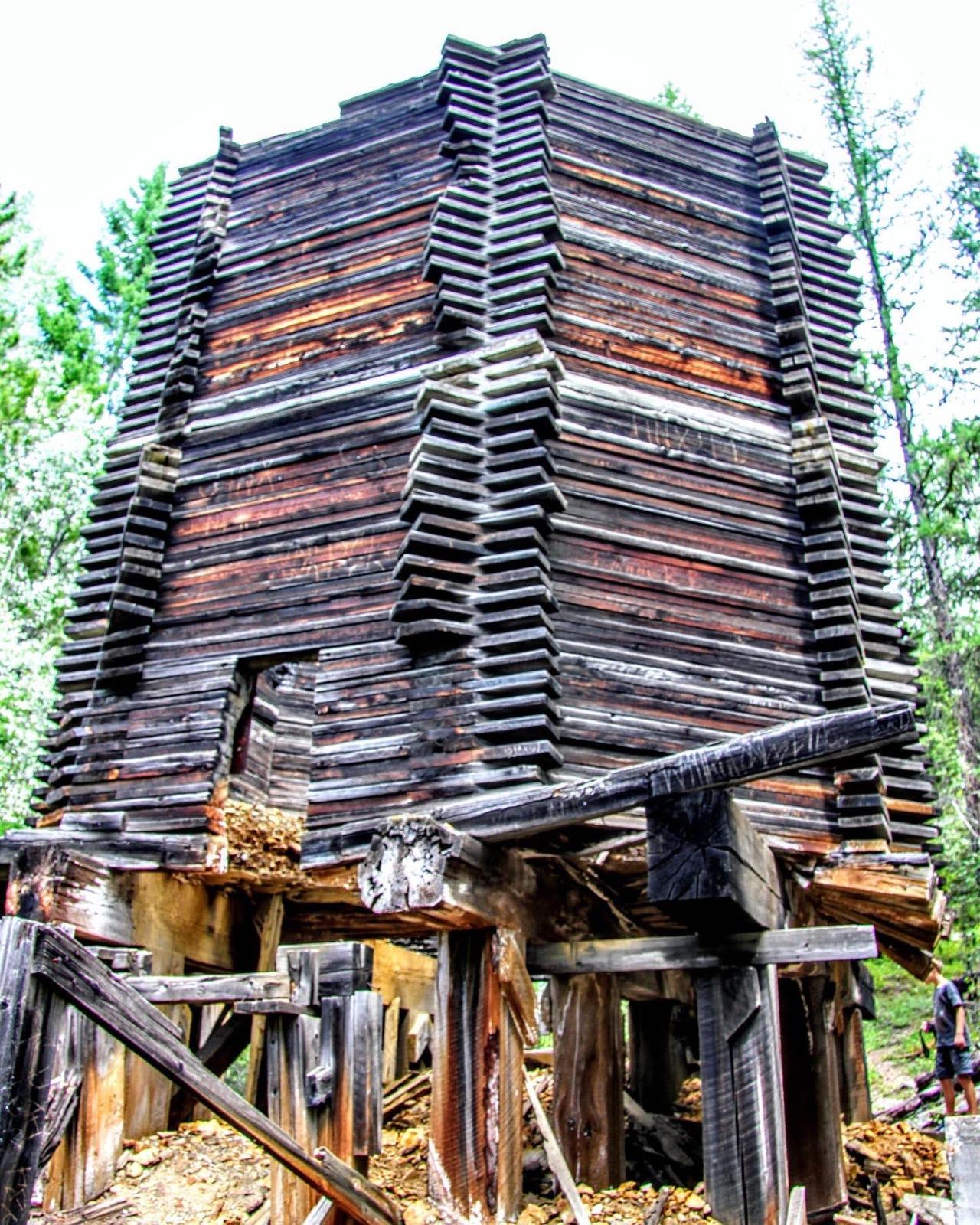 Near Fort Steele stands a sagging old house in the middle of a field with Mt. Fisher in the background.  Each year another piece of it breaks and crumbles as time continues its corrosive march. I have a feeling it was part of Fort Steele’s original townsite before the re-routed Highway #3 split the town in half. 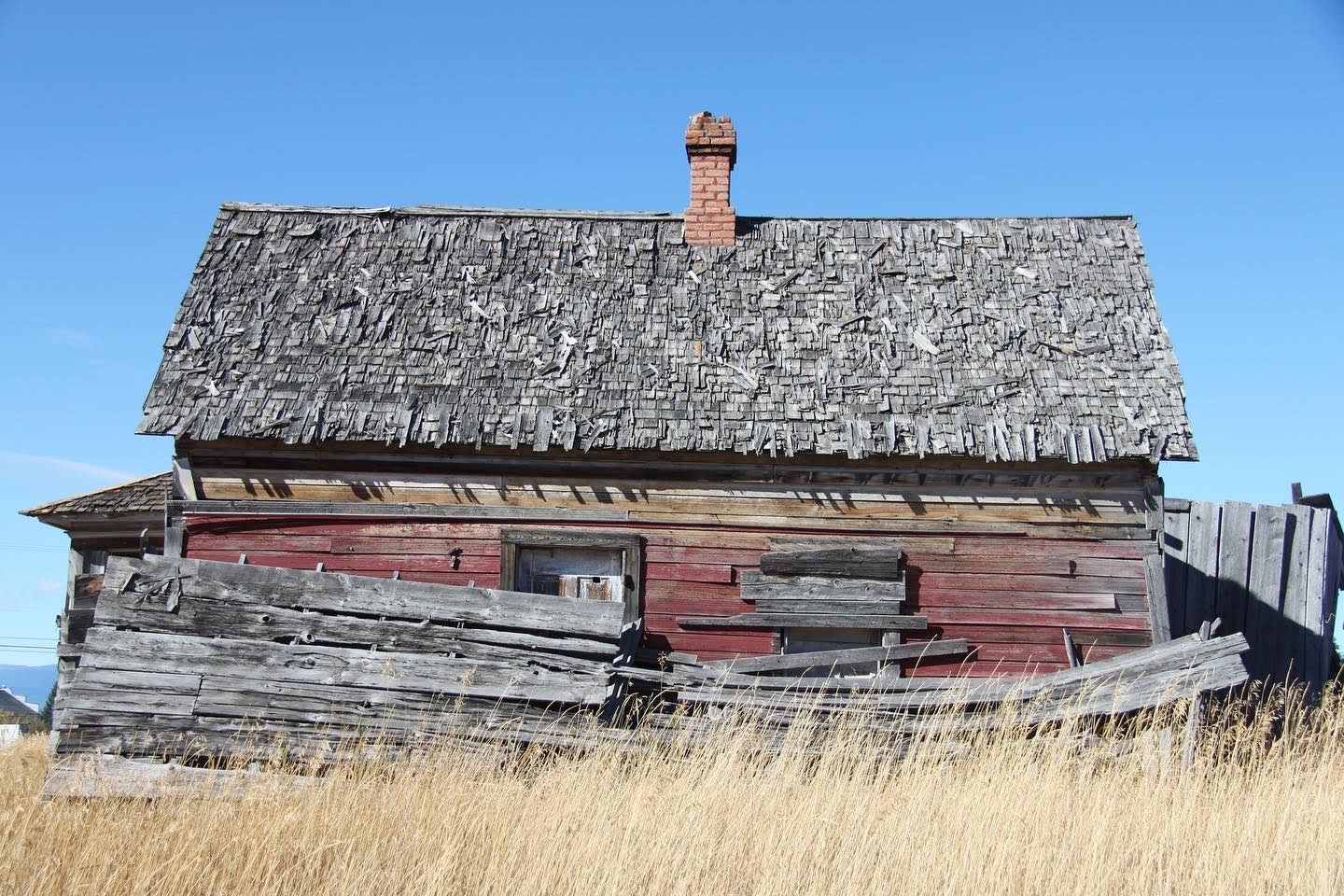 Near Fort Steele stands a sagging old house in the middle of a field, across the Highway from the Heritage town

South of Canal Flat sits a small body of water called Island Pond. Off in the distance are the remnants of a log house and barn. This was an early homestead of a rancher named Ivar Larsen. Today only the crumbling ruins of the old ranch remain on the edge of Island Pond. 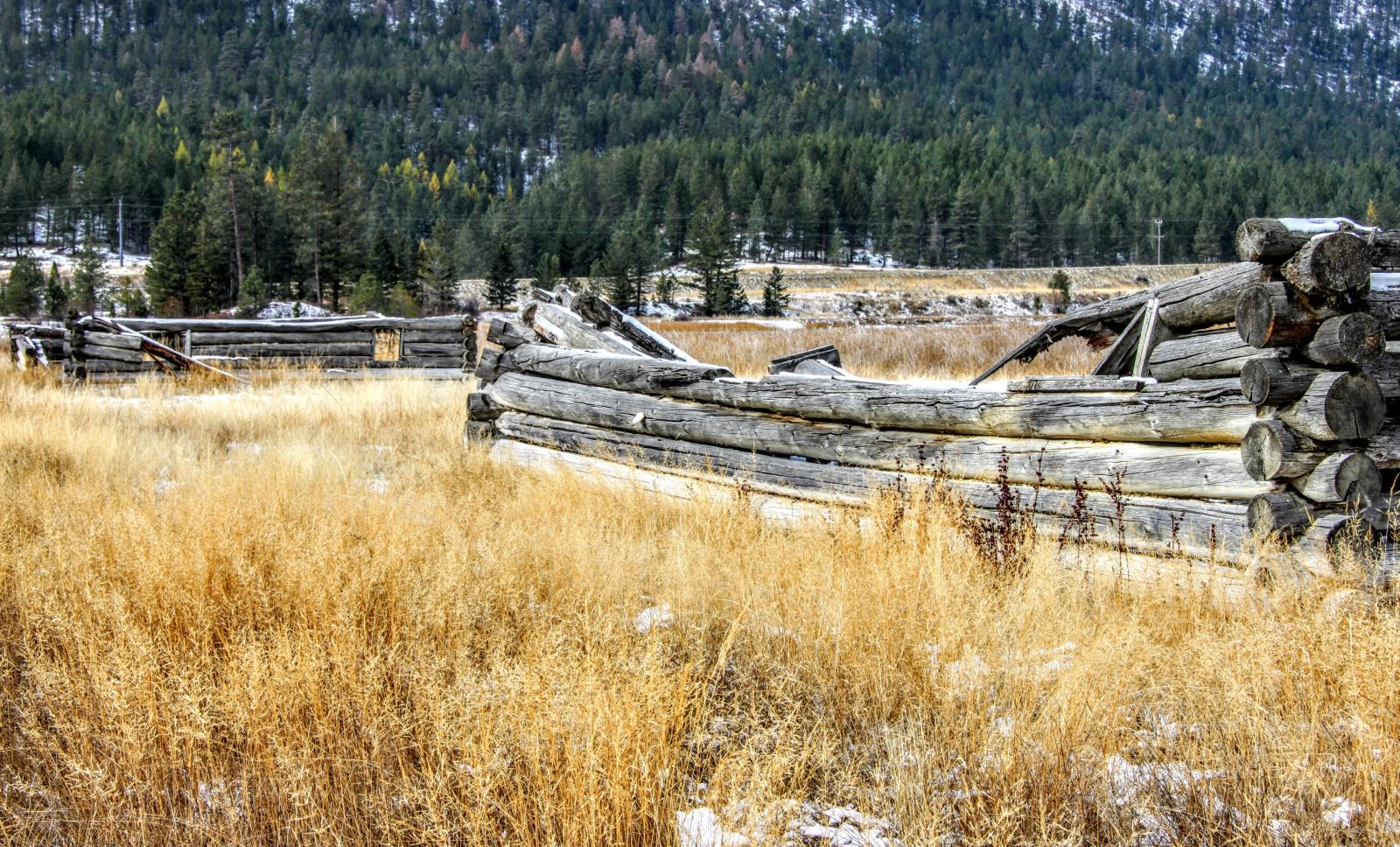 It is easy to drive by many of these old, abandoned sites. Next time, why not stop and do a little investigating. Take a few minutes to ponder the legacy of these once thriving sites of both home and industry.

Caution:  When visiting these abandoned sites please be sure to respect private property and be alert for any potential dangers and hazards.